Experience the unbelievable at KÀ by Cirque du Soleil, a heroic journey of  love and conflict, set within ever-changing theatrical landscapes that conjure an entire empire on stage. Presented in the unprecedented performance  space, the KÀ Theatre at MGM Grand, KÀ unfolds on a colossal, 360 degree rotating stage which forms the backdrop for this cinematic journey of aerial adventure and perpendicular acrobatics.

Featuring 86 artists from around the world, KÀ is a gravity-defying production featuring a powerfully emotive soundtrack that enhances the innovative blend of acrobatic feats, Capoeira dance, puppetry, projections and martial arts.

THE PLOT OF KÀ:

As the plot of KÀ unfolds, danger lies in wait at every turn for the separated Twins, the acrobatic heroes of this adventurous expedition. Archers and Spearmen hunt them relentlessly. As the villains give chase, the artists show off their climbing prowess with an incredible ascent to safety. An encounter with mysterious giant sea creatures proves to be more mischievous than menacing… As a distraction from danger, the Twin Brother learns the art of shadow puppets in a tender, yet poignant moment.

The Twin Sister, protected by her Nursemaid, manages an escape in a miraculous man-powered flying machine, releasing her into a majestic forest populated with bright, luminous creatures on Bungees, where her rescue culminates in an aerial ballet with the ultimate protector of her life and her heart. Meanwhile, in the Archer’s Den, captives perform on the Wheel of Death with breathtaking displays of gravity-defying feats.

In the culmination of the Twins’ extraordinary journeys, a battle takes place on an enormous vertical stage offering a unique aerial perspective. Video projections react to the artists’ touch while the adversaries spin through the air in a captivating display of perpendicular acrobatics.

The show’s title, KÀ, is inspired by the ancient Egyptian belief in the “ka,” an invisible spiritual duplicate of the body that accompanies every human being throughout this life and into the next.

THE ACTS OF KÀ: The Pageant: The Royal Barge carries the Twins to the festivities as they play on the deck. They are entertained by the court with a martial arts demonstration of strength and agility, including Wushu, Chinese Opera, and Brazilian Capoeira. The Twins display their musical ability with a light-hearted duet on flute, while the Nursemaid entertains guests with a lively Flamenco dance. Just beyond their peaceful kingdom, imminent danger lurks as Archers and Spearmen prepare to attack. The Deep: The Nursemaid falls into the depths of the rough sea followed by the Twin Sister who plunges to rescue her.Air bubbles are created through interactive video projections triggered by infrared sensors that react to the movement of the artists. The Archer’s Den: The Archers and Spearmen celebrate their victory while their prisoners languish. The Counselor’s Son introduces his diabolical creation, a machine that grinds bones with the magical ore to unleash the destructive power of fire. The Wash-up on the Shore: Following the boat’s sinking, the Twin Sister, Nurse and Valets are reunited on a golden sandy beach. They encounter giant sea creatures, including a silly turtle, mischievous starfish, curious blue potato bug and a playful crab. The human-sized puppets are designed to accentuate the acrobatic proficiency of the performers while maintaining the animals’ natural movements. The sand is created using 350 cubic feet of granular cork. The Shadow Play: While guiding the Twin Brother away from danger, the Court Jester distracts the frightened boy by teaching him the art of shadow puppets. These simple yet poignant gestures represent one of the earliest forms of story telling. The Climb: The Twin Sister, Nursemaid and Valets must climb a steep cliff with the Archers and Spearmen giving chase. The artists’ movements are choreographed to follow the movement of the stage as it rotates up to 12 degrees per second, as well as showing off its lifting motion, which produces artists’ falls up to 60 feet into unseen air bags. The 80 “arrows” that appear to strike the surface are extendable pegs synchronized with the artists’ choreography. The Blizzard: The Twin Sister is rescued by a fur-clad Mountain Tribe, who also discover the Nursemaid wandering aimlessly, and reunite the two. The tribesmen show off their climbing prowess by manually ascending 50 feet to join their fellow tribesmen on the mountaintop, as created by the Sand Cliff Deck in its upright vertical position. The accompanying video projection of the frozen cliff face reacts to the performers’ movements to create falling rocks. The Flight: Facing the threat of a merciless storm, the Mountain Tribe transforms their simple tent dwelling into a miraculous man-powered flying machine and escape the storm with the Twin Sister, who is precariously hanging more than 50 feet above the ground. The bird’s flight circles over the audience before descending into the abyss. The bird’s flight is created using four winches to control direction and one load-bearing winch to carry the weight. The Twin Brother in Captivity: The captured Twin Brother is imprisoned. Just as things seem hopeless, he discovers a friend in the Chief Archer’s Daughter. After sharing a tender moment, she sets him free and then expresses her flirtatious desires through a touching performance using the Twins’ flutes. The Forest People: Bright luminous creatures inhabit a majestic forest, which is also the home to larger-than-life bugs, flowers and a stunning 80-foot snake. The Firefly Boy glides and dives as he performs aerial acrobatics and is soon joined by the Twin Sister when she plummets from the flying bird into his world. Together they perform an aerial duet and make a special connection. The Forest People are agile high in the trees performing on bungees and soaring through the trees. The Slave Cage: The Twins are joyously reunited at last and the prisoners overtake their evil captors as the Wheel of Death takes center stage in an awe-inspiring display of gravity-defying feats. The two artists balance and control the spinning of the apparatus from their opposing cages attached to the center axle. As one runs and jumps on the outside of one cage the other controls the speed by walking or running inside the other cage. Aftermath: Triumphant in battle, harmony is restored to the empire. Being blinded in the battle has allowed the Counselor’s Son to see the error of his ways. His gift to the kingdom is a spectacular presentation of fireworks to illuminate and unite in peace. 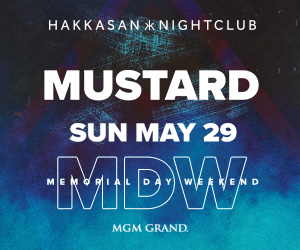