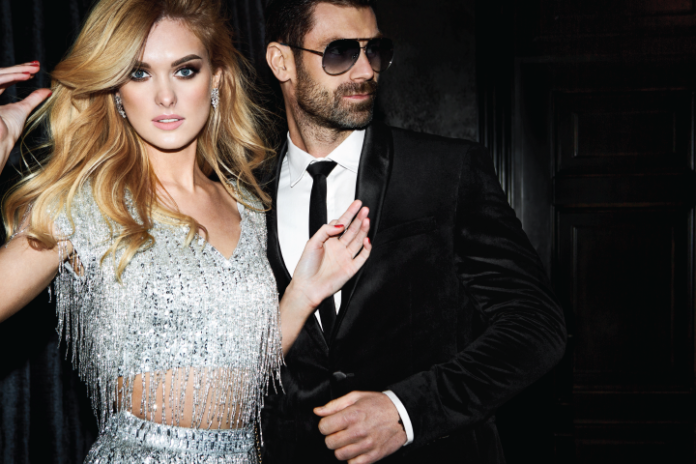 Most all Las Vegas Nightclubs will enforce a strict dress code whether you have a bottle service reservation or if you are on the guest list. The good news? Most of them are exactly the same. Girls can usually get away with anything that at least looks like they ‘tried’, while us guys must adhere to more of a patchwork of exceptions that depend on the club and the person.

We’ll cover the ins-and-outs of what is officially allowed below, but you should know going into this that it isn’t uncommon for two people wearing basically the same thing to receive different reactions at the door. If you’re a general admission or guest list (How Does Las Vegas Guest Lists work) customer who doesn’t know anyone at the club, you need to make sure to be well within the below official guidelines.

Sign up here for complimentary dayclub and nightclub guest lists.

Most all “official” Las Vegas nightclub dress codes will tell you that you can’t wear any of the following and get in the club:

If you want to ensure a simple evening, don’t risk it with any of the above. That being said, just because something is against the official dress code (or even what the doorman told you he’d let you in with) doesn’t mean you won’t see one or more people wearing it inside. Table customers, friends of the staff, locals, and those who know someone can (and will) occasionally step all over the rules with their out-of-dress-code sneakers.

Do I need to wear a button up shirt?

While a collared shirt is a simple go to for any guy looking to definitely be within Las Vegas nightclub dress code, it is not required and whatever else you’re thinking may be a better option if you feel like you look better and will enjoy your night.

If you go the collared shirt route, go for a nice stylish slim fit shirt from Zara, Express, or Top Man and try to wear a watch to complete the look. And if your friends are wearing button ups as well, try to avoid matching them.

Officially, no, but it’s becoming more and more common to see guys wearing t-shirts in Las Vegas nightclubs. And, once you’re inside, you’ll almost certainly be completely fine. That being said, it’s a huge grey area, and you’re not going to be sure whether or not a doorman is going to be cool with you simply wearing a fashionable t-shirt.  Play it safe with some kind of jacket or sport coat, then do whatever you want once you’re inside.

Should I wear dress pants?

There is a difference between dressing up in a nice suit (or similar) versus looking like you just left the convention floor. If you’re looking to suit it up for the night and look fresh, by all means, go for it, but the official answer here is: dress pants aren’t required anywhere and you should feel stylish at a Las Vegas nightclub.

If wearing dress pants makes you look like a car rental counter employee, you should probably aim for something more casual.

What about denims or Jeans?

Jeans are completely acceptable at every club in Las Vegas, though any that are “too baggy” or “covered in holes” may get rejected.

What about my shoes?

You are always safe with leather and dress shoes. You can even occasionally get away with low profile “tennis shoes” as long as they are solid black (including the laces) if they look dressy enough and don’t have any huge logos on them. Have some trendy kicks that you want to wear out? Officially, they aren’t allowed, but most major Las Vegas nightclubs are relaxing the rules on shoes if you compensate elsewhere in your outfit. Have on a STYLISH collared shirt, tie, jacket, nice pants with your fashionable sports shoes? Technically speaking it’s against the “rules,” but you might be just fine.

Can I wear a hat?

Style it up! Some clubs will let you in wearing a hat if it is considered fashionable (rimmed, beret, etc), but most will tell you to kick rocks if you show up wearing a typical snapback, beanie, or baseball cap.

Unless you’re blind, hiding a nasty case of pink eye or happen to be P Diddy, don’t wear sunglasses to a nightclub. Ever. No matter how good you may “think” that they look in your mirror selfies, they look stupid in a nightclub and there is a 100% chance everyone else making fun of you. If you have any other questions, contact a host.

What about a bag?

While bags are a touchy subject, women can bring their purse into nightclubs (subject to search). Men, if you have a cross body bag, just leave it at home or in your room so there are no issues at the door.

As for pool parties, men and women with bags are subject to search, but if you enter on a guest list or general admission, you will most likely have to put them in a locker, which is an extra fee.

Read our guide about women’s dress codes in Las Vegas.

LasVegasNightclubs.com or Las Vegas Nightclubs Inc previously known as JackColton.com has become a popularly referenced independent resource for information on Las Vegas nightlife and daylife. Our site caters directly to those who are looking to plan their Las Vegas nightclubs and Las Vegas pool party experience by providing honest and independent reviews of the nightlife establishments on or around the Las Vegas Strip. Additionally, readers are able to educate themselves in advance on everything from drink prices to dress codes, and can even find free contact information to book table service themselves directly from someone who actually works for the club or put themself on the free guest list. In order to protect the integrity of our content, Las Vegas Nightclubs Inc has a strict policy against allowing editorial favor to be purchased. Taking it one step further, our banner space and advertising programs are based solely on an invitation-only stance that requires the vendor or nightclub to already be popular amongst our visitors as to not provide our audience promotional material to an entertainment product that won't appeal to them. While unorthodox for most websites, especially travel, this method has proven to be a win - win situation both for site visitors and advertisers alike. In addition to online content, Las Vegas Nightclubs Inc locally hosts approximately 30 annual events that often celebrate those within the Las Vegas nightlife industry who help make the entertainment experience the best that it can be. Another popular aspect of LasVegasNightclubs.com is the forums, which are home to a number of enthusiastically passionate Las Vegas entertainment experts which will openly and honestly answer questions from new members looking to maximize their Las Vegas experience.
© All rights reserved. 2023 Las Vegas Nightclubs Inc.
×