Expect to see the following changes at Drai’s until June 1, 2021:

Still can’t picture it? You’ll just have to SEE FOR YOURSELF…

Where is Drai’s located?

When entering from the main entrance, head straight back to the right past the cashier/cage.

How much is cover charge at Drai’s?

General admission starts at $30 for ladies and $40 for gentlemen and can increase based on weekend and performer.

When is Drai’s open?

Drai’s Nightclub is open Thursdays, Fridays, Saturdays, and Sundays from 10pm until 4am. Once the nightclub is closed, you can head down stairs to Drai’s After Hours.

Guest list and table reservation lines are near the exit, while the general admission entrance is located on the left.

What are the best nights to go to Drai’s?

Best nights to visit Drai’s Nightclub is Friday and Saturdays as they are known for live performances by artists such as Tyga, Big Sean, Trey Songz and Migos. Check out the event calendar for all upcoming events.

What is the dress code at Drai’s?

So that there isn’t any problem getting into Drais, once at the rope, gentlemen should make sure to wear a collared shirt. Always be mindful of wearing nicer shoes and avoid anything that can be considered sportswear (track jackets, jerseys, sports shoes, hats, etc). Remember, Upscale fashion-forward attire. No fitted caps, shorts, or printed shirts with offensive or aggressive graphics. Drais Nightclub dress code is very strict, so be sure to follow the rules.

How much are drinks at Drai’s?

What kind of music does Drai’s play?

Drai’s is known for hip hop music and some reggaeton from time to time.

Yes, Drai’s Nightclub offers a guest list. Even ratio men to women are free usually for the first hour. Women are free, men with even ratio are given a reduced cover charge. Sign up for the Drais Guest list here.

How much is bottle service at Drai’s?

Bottle service pricing varies based on demand and event for the night. Bottles start at $495. For an accurate quote on a bottle service minimum and table pricing, visit the Drais bottle service page and contact a Drai’s VIP host.

To learn more on how bottle service works, read our complete guide.

What is the best table location at Drai’s?

The best table at Drais is the dance floor VIP booths which are typically considered the best areas, but it’s not hard to see the action from anywhere in the room. 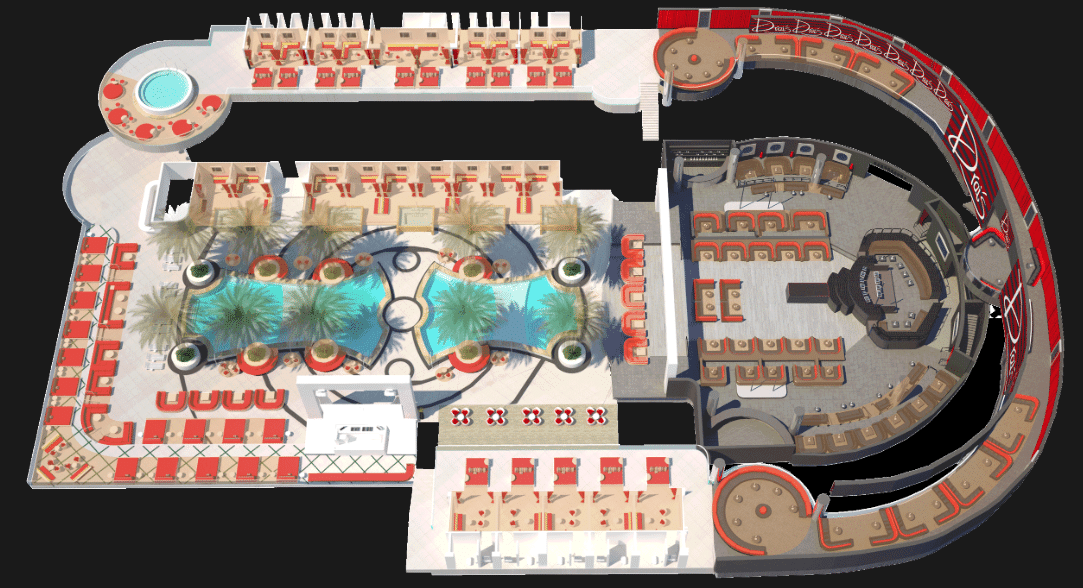 We make getting in touch with Drai’s Nightclub easy. Just fill out the form below and a VIP host who works at Drai’s will get back to you as soon as possible. Once you have submitted the form, you will be given the hosts contact information incase you need to make a same day reservation or immediate response.