Home F.A.Q’s About The Spin Awards.

F.A.Q’s About The Spin Awards.

How does online voting determine who are the best DJs?

Online voting can never be perfect, but it is the best way to allow those in and around the DJ community to voice their opinion. An all-inclusive DJ battle is impractical on a large scale, and any type of closed, or committee voting would limit the opinion to those in the room; inevitably allowing for politics to come into play.

Critics of online voting will say that it should be more about skill than who can best promote themselves. Fundamentally, this is true, but the keyword within that argument is also “skill.” Skillful DJs tend to be popular amongst the Las Vegas nightlife community, which are the people who vote in this annual contest.

Why does LasVegasNightclubs.com manage the Spin Awards?

Nightclubs and nightlife management companies can’t manage their own awards without the unpleasant reality of either completely excluding their own staff, or having everyone shout from the rooftops that they were cheating. That’s where we come in. As an independent outlet, we manage every aspect of the contest, and work with the venues to coordinate the celebrations.

LasVegasNightclubs.com has the most-experienced team at managing any type of Las Vegas nightlife awards, and now has seven years of continually improving every aspect of our annual contests and events. You may have noticed, we’ve done a lot of these by now.

Aren’t all these things rigged?

Not ours. We have absolutely no personal or business stake in who wins any of our contests, and have a ironclad reputation in terms of ensuring fairness. The nightclubs don’t see the ballots, aren’t allowed to provide us with “suggestions” for winners, and usually don’t even know who won until the night of the awards. We even deal with the awards and trophy manufacturers. What’s more, half of the time those who we were secretly hoping would win, don’t even come close!

They can and they try, but it is a total waste of time as it absurdly easy to spot fraudulent voting and we always kick out those votes before tallying.

For 2012, we began by interviewing over a dozen influential music directors and DJs throughout all major Las Vegas nightlife companies, we scoured through the upcoming events listings in local magazines and nightlife calendars, and then allowed a full day for the public to e-mail in nominations just as voting began. Additionally, we maintain a database of those who have offered constructive criticism in the past, and invited them to provide their input.

As a general rule of thumb…

While there are always a couple of inevitable oversights, most DJs who aren’t included didn’t yet fit the criteria of the Spin Awards.

How many votes are usually cast?

The Spin Awards are one of our busier contests, with between 5,000 and 7,500 votes casts in under a week’s time. This is very helpful as it makes it very simple to spot clear winners, in most cases.

What do the winning DJs receive?

Winning DJs receive bragging rights and a trophy. Additionally, we regularly offer editorial recommendations to area and national media outlets based on our voting results, which ensures those who have done well in voting are at least on the media’s radar.

Some of my friends mentioned they had trouble voting.

We’ve recently switched to a new website, and have been made aware that some people have had issues finding the actual submit button. There is a link posted that resolves this issue on a separate voting page, and we have manually included all votes that were forwarded to us via email.

While we hate that even one person ever has the frustration of an error, do keep in mind that occasional technical issues aren’t limited to one DJ’s fans, so the larger number of votes still reflect the rightful winners.

We know we can’t please everyone.

The Las Vegas DJ community is one of the most-talented in the world, and we enjoy having the opportunity to highlight our best and brightest. 95% of everything to do with this annual event is completely positive and enjoyable for all involved.

But, as all DJs should very well know, it is completely impossible to please everyone in the room. We run the best contest possible, and continually invite recommendations for improvement. And while it is much easier on the ego to try and blame the system when you aren’t included in — or don’t win, awards contests, it would be substantially more productive to figure out which areas you need to work on in terms of skill set, branding, promotion, and getting yourself more out there. At the end of the day, a successful DJ is just as talented at marketing themselves as they are behind the turntables. That is the foundation in which residencies, a large fan base, and a long career in the industry are based on.

This is especially important to the handful of DJs who always yell the loudest about the “sheer absurdity” of them not being up for an award, but who fail to realize that they weren’t actually nominated by anyone throughout a four step industry and public nomination process – in now three years worth of contests. You can run around cussing on Facebook and punching pillows, or you can have an honest conversation with yourself about the things that you may not being doing as well as you think you are. Successful people never stop improving, and there is always next year. 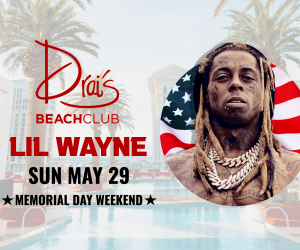