Let’s all think back to a time, long, long ago — all the way back in 2015, before Uber and Lyft were available in Las Vegas. If you had to call a cab and weren’t somewhere near a resort, you’d physically call a dispatch line, wait 30 – 45 minutes, and (hopefully) a luggage dented car with a big stupid ad on the roof would eventually show up and take you home.

If you left your car wherever you were drinking, then you were on the hook for another ride (call –> wait –> eventually car with big stupid ad shows up), and it’s likely you spent $20 – $35+ each way.

For obvious reasons, this made being responsible both expensive and extremely inconvenient. “Ehhh, I’m probably good to drive,” often the end choice for many.

Fast forward to a more civilized world, one where we’ve had Uber and Lyft available in Las Vegas for about 1.5 years, are more people choosing responsibility?

I reached out to the Las Vegas Metro Police Department to see what, if any, difference there were in DUI arrests over the past few years.

Turns out, there is a noticeable drop since ride sharing services were legalized in late 2015.

If we count 2016 as the first full calendar year that we weren’t forced like savages to rely on taxicabs, that’s already 827 fewer DUI arrests compared to 2015. 2017 is looking on track to be comparable.

(*This number is under-reporting. As of 4/24/17, LVMPD is still waiting on most toxicology returns).

Any astute observer would point out that there are plenty of factors which can have an impact on the number of DUI arrests in Las Vegas. Not least of which, any change in policing efforts and anti-DUI campaigns. Same goes for the number of deaths. Recreational marijuana is also newly legal as of January 1st, 2017, so one would assume that will tick the number back upwards.

But when we see that dramatic of a drop in DUI arrests immediately after Uber and Lyft come to town, it’s pretty obvious that they are almost certainly having a very positive impact towards reducing drunk driving in Las Vegas.

More people are being responsible because it’s now easier and cheaper to do so. Plus, those rooftop ads on taxicabs look ridiculous. And who would want to ride around drunk and look ridiculous?

If you’re one of the few unfortunate souls who haven’t yet tried Lyft (I prefer it over Uber, personally), click here to use promo code “LasVegasNightclubs.com” and receive $50 off your first rides. 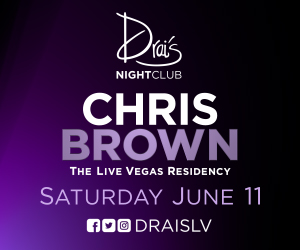